Student life in Gaza, one year on


It has been exactly a year since Israel's bombing of Gaza in summer 2014, in which 2,200 Palestinian lives were lost and 100,000 buildings were damaged and destroyed, although life has yet to recover. The limit imposed by Israel on the resources allowed into Gaza has meant that most houses still stand in ruin and over 150,000 Gazans are homeless. 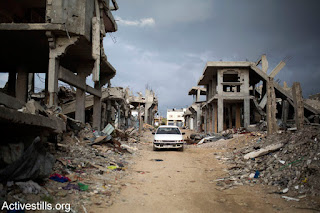 Life as a student in Gaza is understandably bleak, and education has suffered. Not only have university premises in Gaza once more been damaged, as in 2009 when the Islamic University of Gaza had its science laboratories destroyed by Israeli bombs, but simple education materials such as books, stationary and computers are in scarce supply. The ability to teach is furthered hindered by the temperamental electricity supply, which allows buildings in Gaza approximately 6 hours of electricity per day. 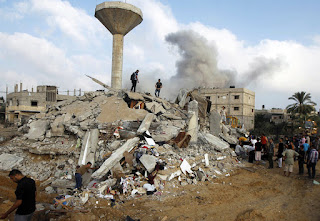 Perhaps, however, the most daunting aspect of student life in Gaza is the likelihood of being unemployed after graduation. The worries of future employment prospects are familiar to students in the best corners of the world, and they are most definitely not at loss to the students in Gaza, where youth unemployment, standing at 60%, is almost a certainty upon graduation. 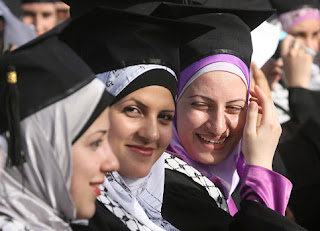 There is in conclusion, little hope of a normal life for the students of Gaza.
Posted by Dar Assadaqa at 06:46