Whether its traveling to university or life on campus, students face many disruptions.

Al'Quds University has a very good reputation in Palestine and students travel from all over the West Bank to study here. Abu Dis is surrounded by check points which means that most students will have to pass through one on their way to university. This can cause huge delays to their journeys and can be stressful.

On campus, the army might turn up at any time, throwing tear gas and forcing students to run from their lecture halls and laboratories. In the last year over 2000 gas canisters were released on the campus by the Israeli army. On a day in January this year, 40 soldiers ambushed the campus and released over 500 canisters in one attack.

In the last academic year, 60 students were arrested without charge or trial, significantly interrupting their studies.

During an English class at the university, a student shared with us that her brother was arrested 4 years ago. He was taken from her house in the early hours of the morning and later died from neglect in solitary confinement.

Student activities are also affected. A music concert was cancelled last week due to the unrest in Jersualem and the resulting demonstrations all over the West Bank, including Abu Dis.

But life goes on. Here are some pictures of a successful event put on by the university. Mohammad Assaf, the winner of last years Arab Idol, is from Gaza and came to perform at Al''Quds University. It was a great evening for the students and for the whole community. 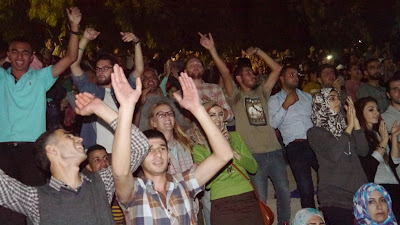 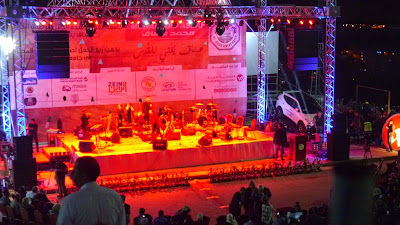 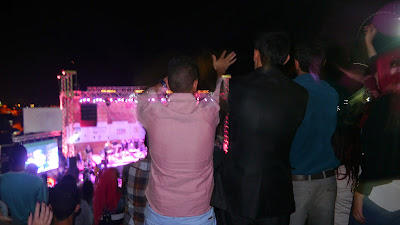