Some pictures from Al Quds university, in Abu Dis. 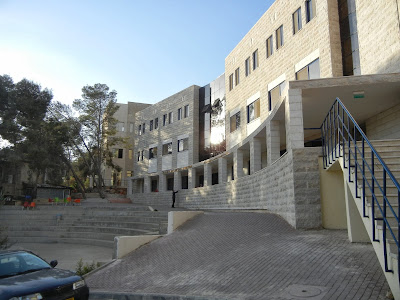 The Abu Jihad prisoners' museum at the university, with incredible works made by the detainees while in prison. 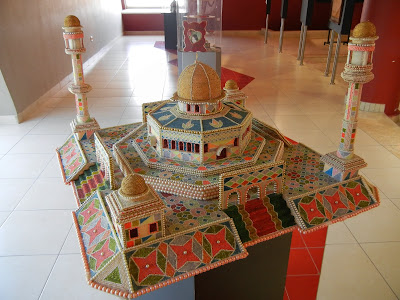 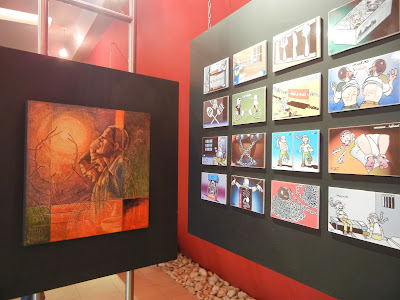 A poster for the memorial of Arafat's death, which took place last Tuesday (12/11) with music and speakers at the university. 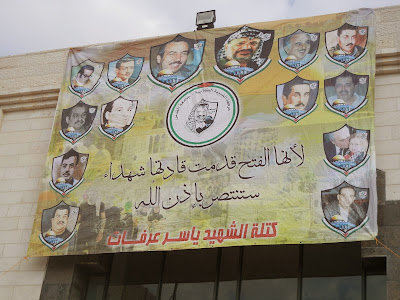 A picture of the separation wall, which can be seen from the university campus. Recently, a house under construction on the university street was demolished by the Israeli army because it was 'too close to the wall'. The army also dug the road by the wall, so that the street is lower and the wall higher. The university often has to be closed because of the army's incursions in the town and soldiers throwing tear gas inside the campus. 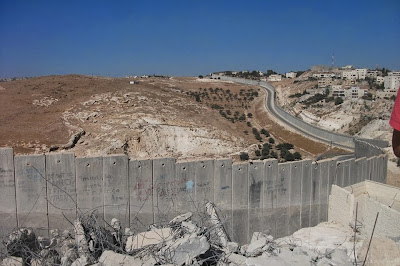