#CADFA #studentslink meeting on 24th September started with a talk by David from King's College about education in Palestine under occupation and why we want to link with Palestinian students.

He also talked about CADFA student visits from Palestine and to Palestine and ways to be involved in building links with Al Quds University. 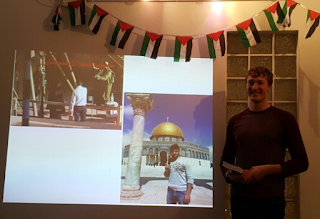 This was followed by an interesting talk by Ahmad Hammad from Yatta near Hebron - He was one of the students involved in CADFA's visit to the UK last year and he talked about why he thought this was useful.

Then he and his brother Ghassan talked about the situation in Palestine for students. 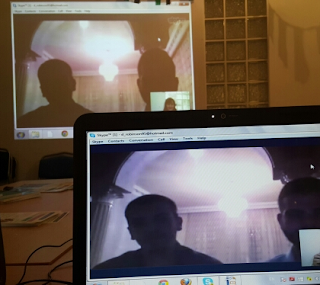 "I didn't know much about this before, it was shocking, " said one of the UK students who studies at UCL.

The two students told their stories of harassment at checkpoints, being used as a human shield by Israeli soldiers, having their houses raided by soldiers at 4am and even (recently) of a friend  being shot and killed by Israeli soldiers.
#CADFA‪#‎studentstwinningwithpalestine‬