On 5th August 2015 CADFA held a demonstration against Israeli settlements in the Westbank. This action was taken after news of the horrific arson attack against a Palestinian family in Duma village, in which Baby Ali Dawabsha was burnt alive in his crib while his brother and parents were severely injured.

One of our CADFA volunteers in Abu Dis travelled to the village, where this attrocity occured, to pay respects and take pictures. 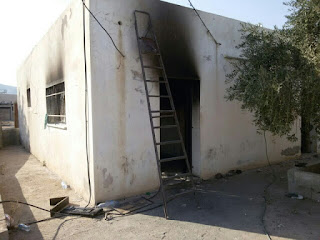 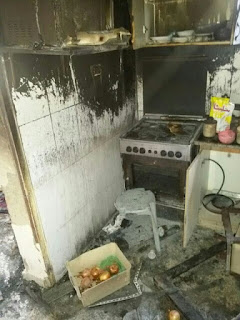 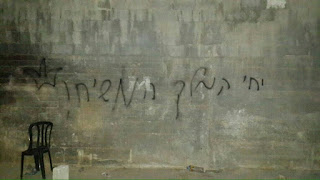 The hebrew graffiti on the wall reads "Long live the King, revenge".

CADFA volunteers and members took to the streets of Camden collecting signatures for a pettion to the British foreign secretary, asking the UK government to take a firmer stance against Israeli settler policy. Codolences were also collected in a book, which will be passed onto the family of the deceased.

(The demonstration image of an Israeli settlement neighbourhood)

Awareness of the situation was without doubt raised, it was in fact fascinating to discover how many members of the public knew so little about the Israeli occupation and settler policy. Hopefully they will have been inspired to become active for Palestine with CADFA and stand up for human rights.
Posted by Dar Assadaqa at 08:28