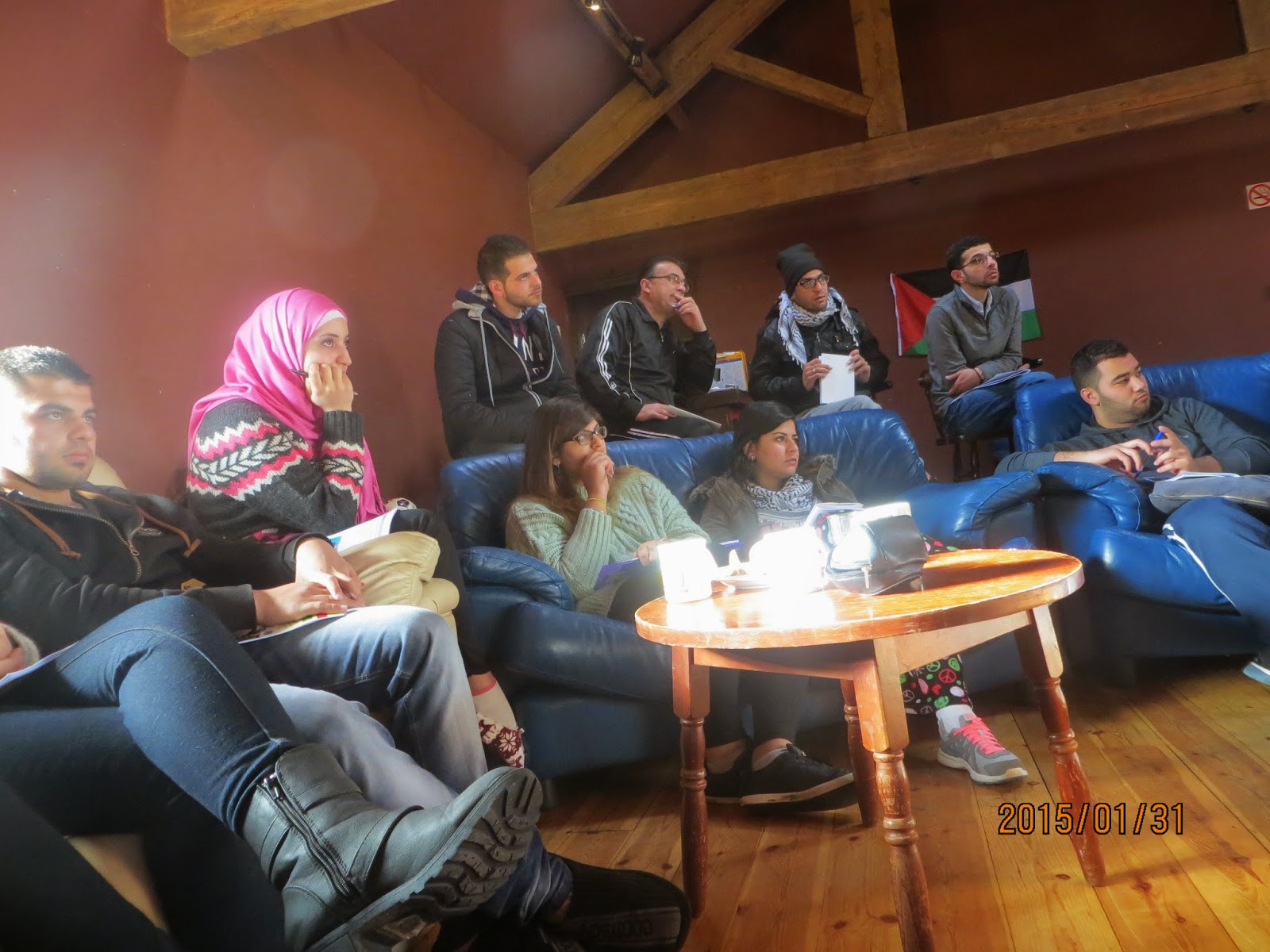 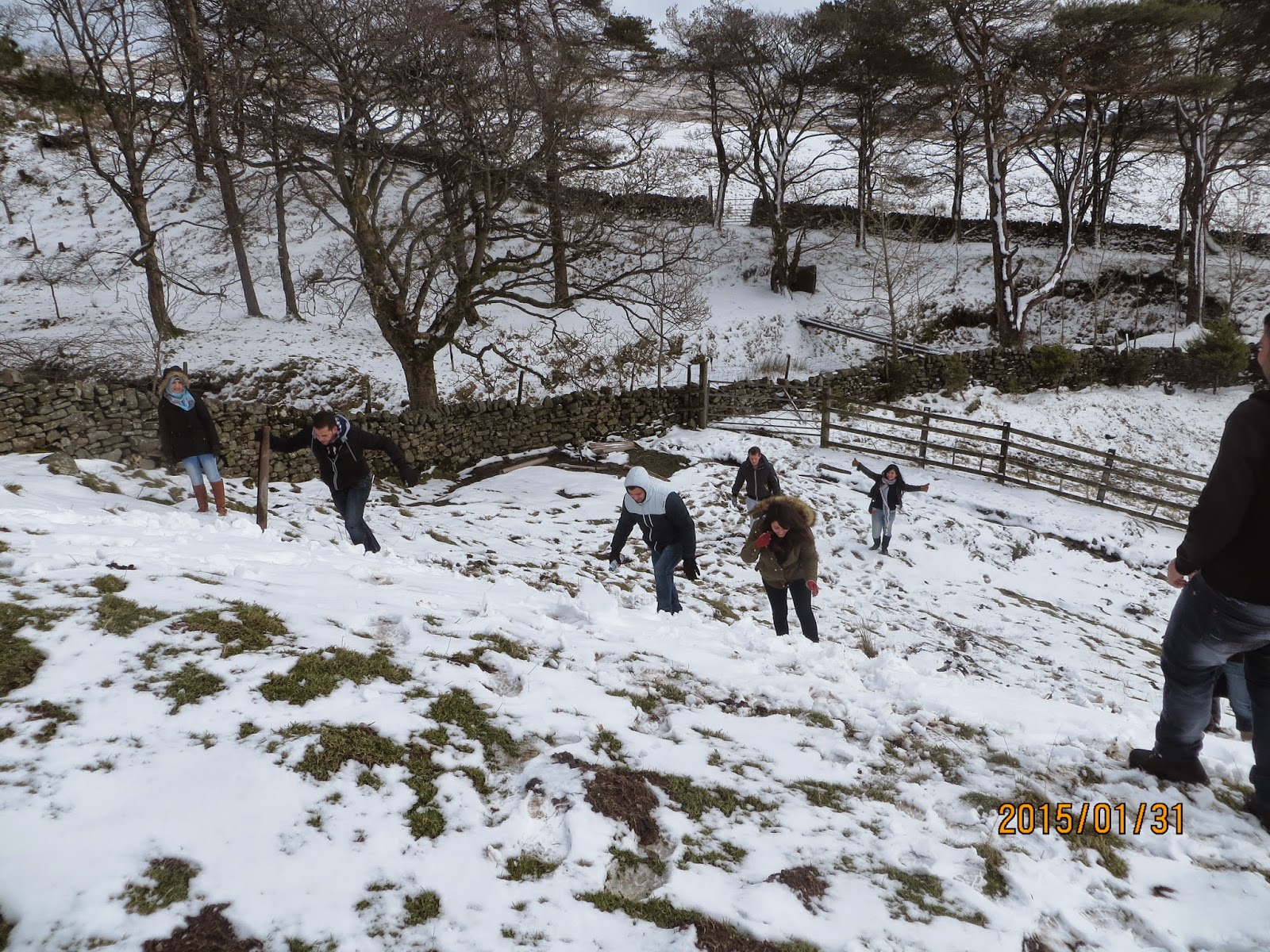 At the beginning of the day we had an English breakfast called borej with eggs, mushrooms, tea, peanut butter, etc and after that we walked around the snow for a few hours. Was really funny saw the people throwing snow balls and playing together 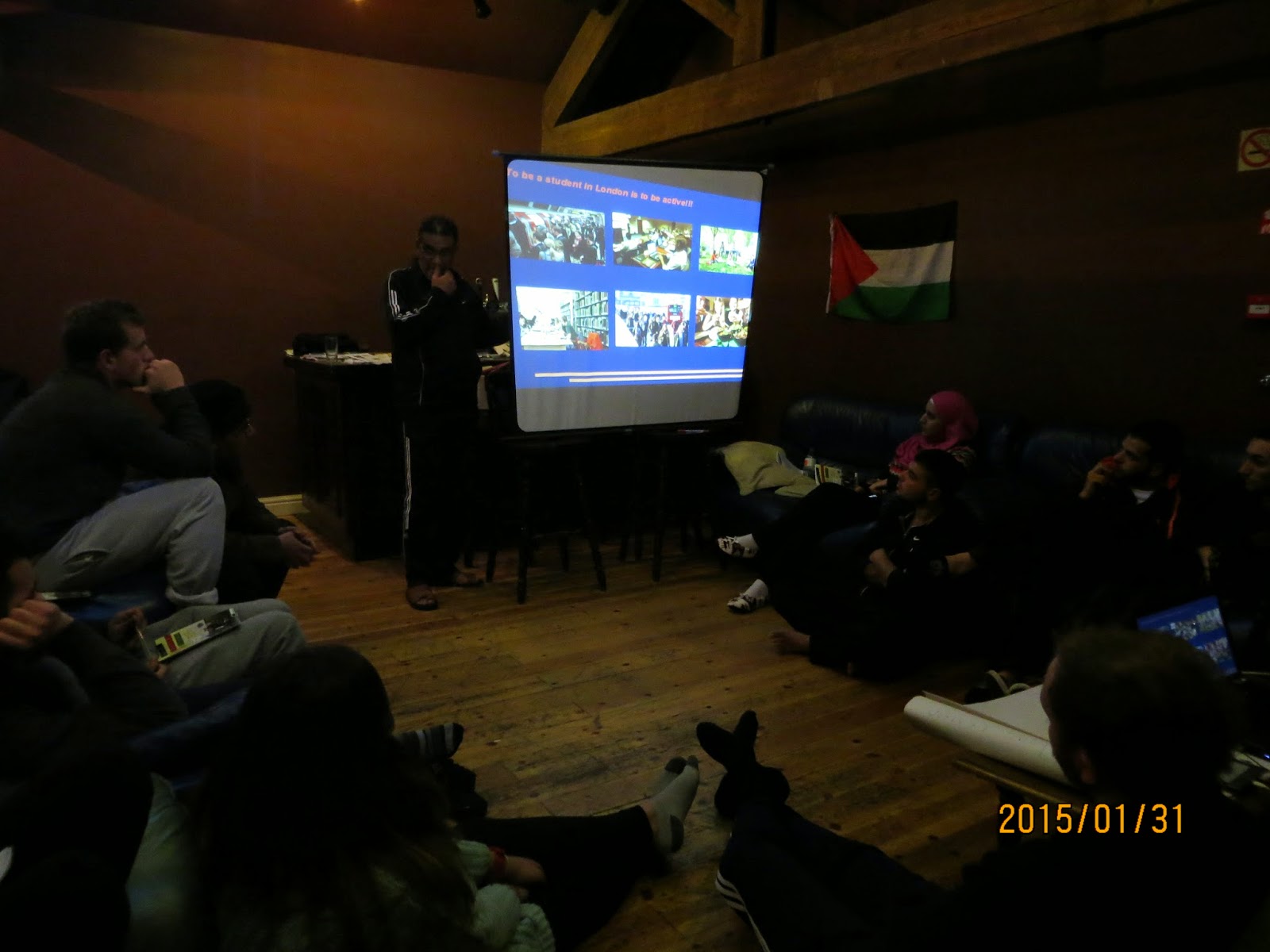 After lunch we had a English presentations about their different life styles around England, some people who talked was from the North of the country and the other people talked about London. For example, Henry talked about the different people from North and South England, like accents and jokes. Emilio talks about his own experience in London, and how the relationships are different between England and Spain. Our college Amina talks about her experience because she sometimes she feels different because originally her family is from Yemen. When she grows up she learn poetry and draw to express her feels through this kind of art. Nick talks about how they lost the meaning of the the family life in Manchester, because a lot of people is living alone.  Julia talks about her experience in SOAS University and Polok talks about her experience in Goldsmith as foreign students in London.  At the end Rob about politics and the knowledge in Britain about Palestine, what his friends and family know about Palestine.

We finished the day with a film about Christians living in Palestine and with a lovely ‘pie’ witch our English friends made for everybody. 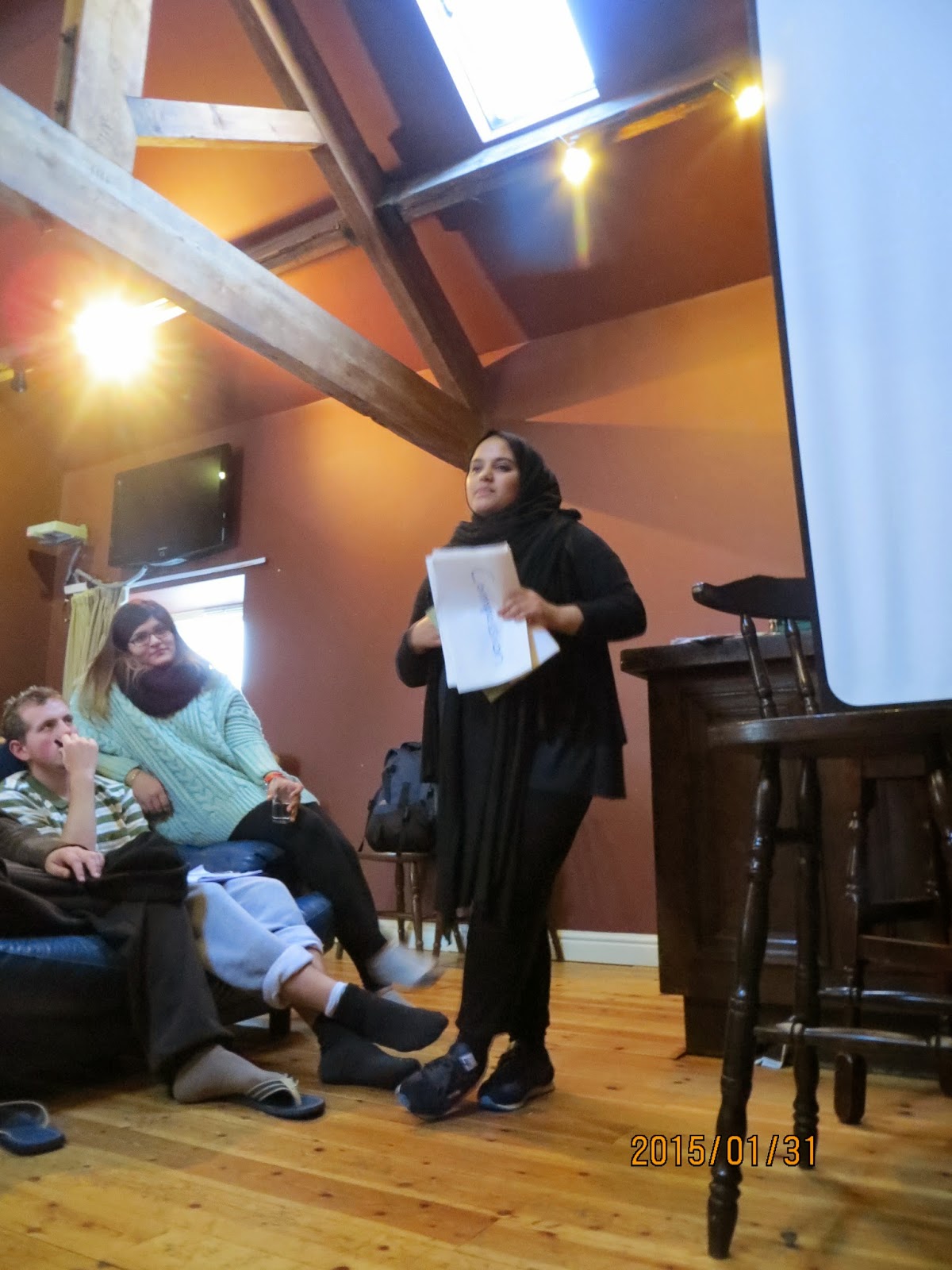 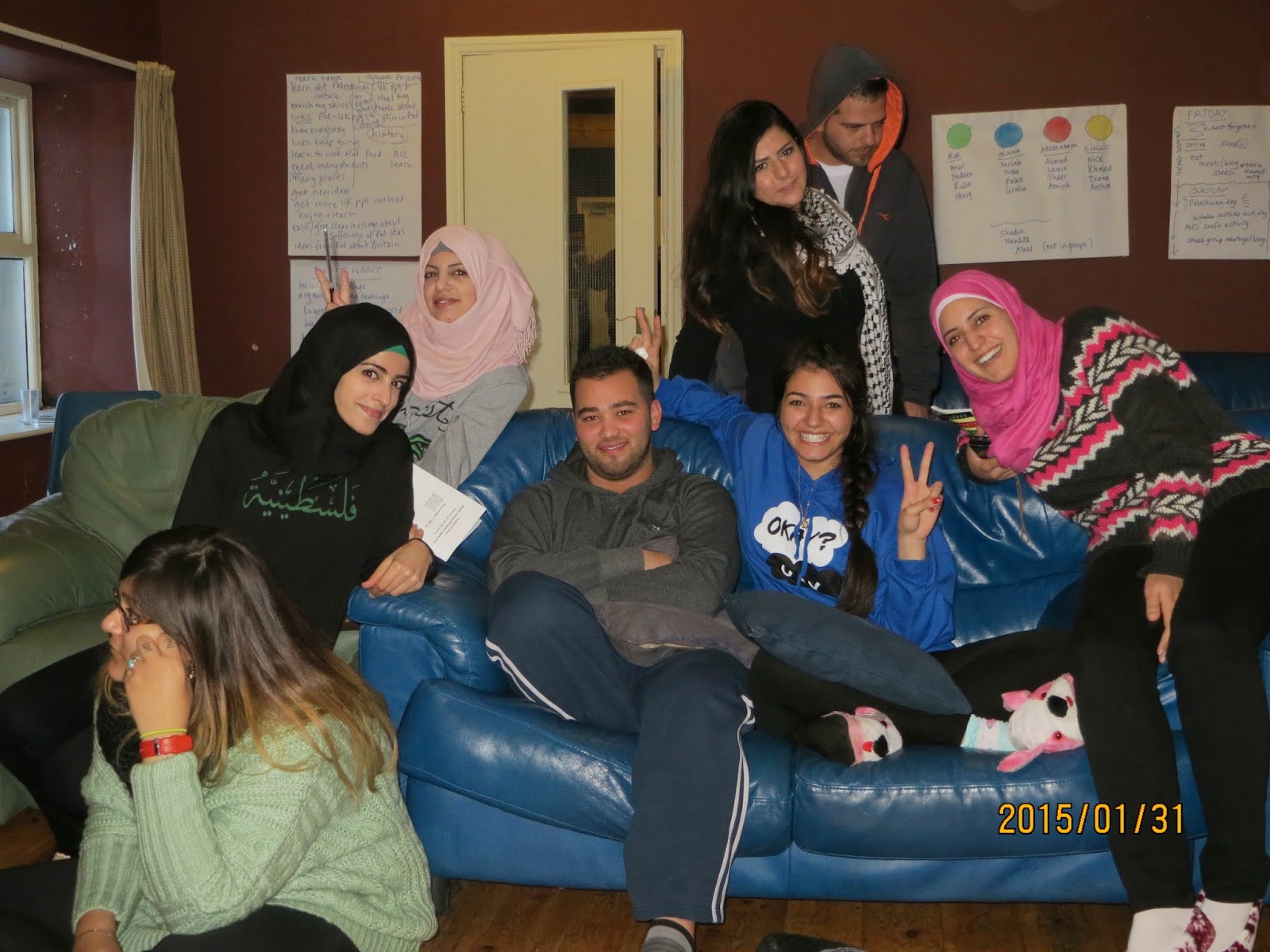